Be greater. Be yourself.

Experience the rise of Miles Morales as the new hero masters incredible, explosive new powers to become his own Spider-Man.

In the latest adventure in the Marvel’s Spider-Man universe, teenager Miles Morales is adjusting to his new home while following in the foot steps of his mentor, Peter Parker, as a new Spider-Man.

But when a fierce power struggle threatens to destroy his new home, the aspiring hero realizes that with great power, there must also come great responsibility. To save all of Marvel’s New York, Miles must take up the mantle of Spider-Man and own it.

The rise of Miles Morales A war for power

A war for control of Marvel’s New York has broken out between a devious energy corporation and a high-tech criminal army. With his new home at the heart of the battle, Miles must learn the cost of becoming a hero and decide what he must sacrifice for the greater good. 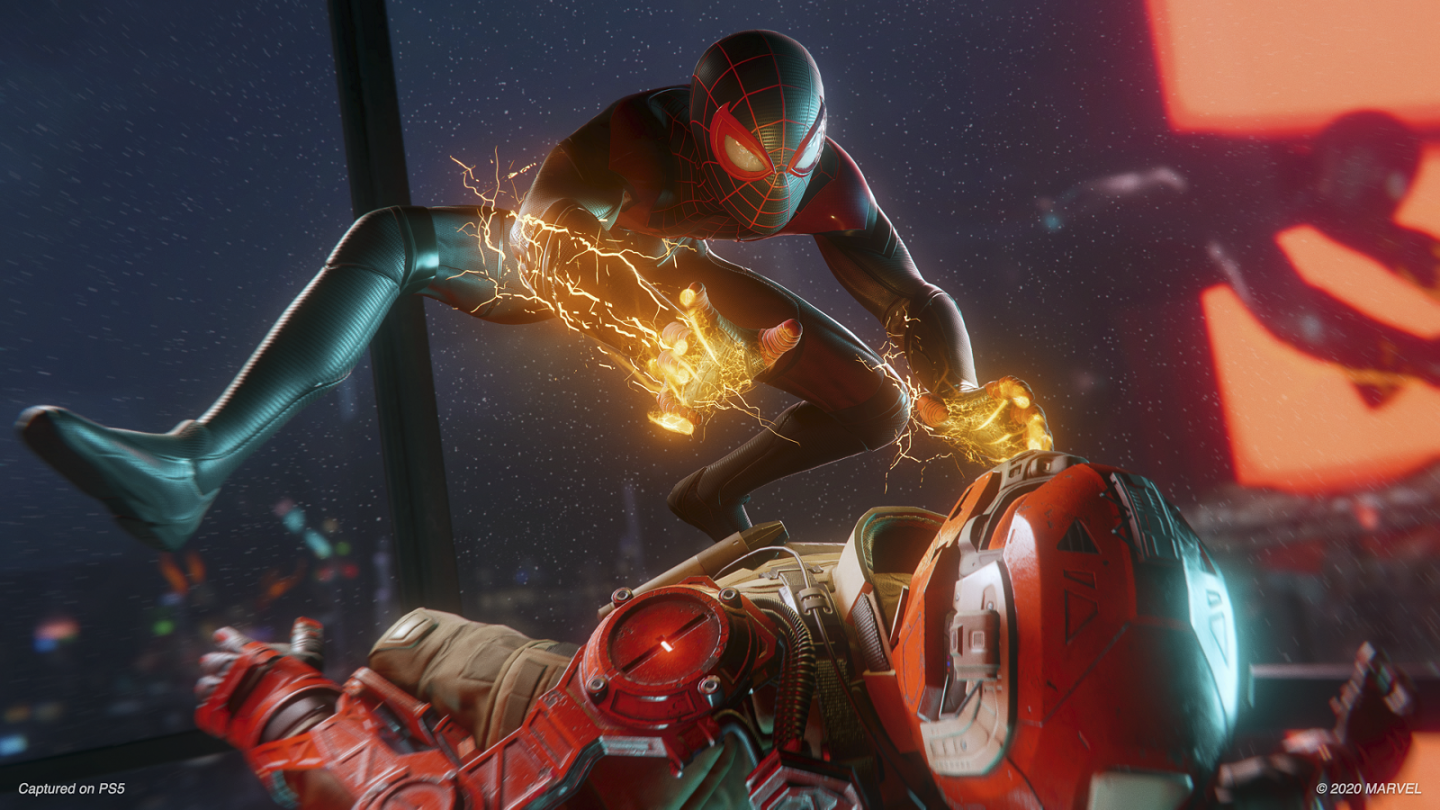 Traverse the snowy streets of his new, vibrant and bustling neighbourhood as Miles searches for a sense of belonging. When the lines blur between his personal and crime-fighting lives, he discovers who he can trust, and what it feels like to truly be home. – Haptic feedback: Each one of Miles Morales’s punches, web shots and venom blasts is felt in your hands with the immersive haptic feedback of the DualSense™ controller.

– Tempest 3D AudioTech on compatible headphones: Hear the city come alive around you in Marvel’s Spider-Man: Miles Morales with 3D spatial audio enabling you to hear what’s happening around you from the rooftops to the city streets. The sounds of the city immerse you in Marvel’s New York and bring blockbuster Spider-Man moments to life with the PS5 console’s Tempest 3D AudioTech.

There are no reviews yet.

Added to wishlistRemoved from wishlist 0
Add to compare

Added to wishlistRemoved from wishlist 0
Add to compare
$43.99

1day Gift is a New Zealand based online shopping destination for popular electronics,fashion, sports items and more from all of your favourite brands. We ship nationwide.

We provide multi-vendor product price comparison function to help you get the latest price of the product that day. Joining our VIP Members will receive additional discounts on the basis of supplier prices.

When You Sign Up for 1day Gift’s Top Offers Emails, We’ll Hand-pick and Deliver the Best Product Deals, Coupons, Promo Codes and Freebies Straight to Your Inbox.Save Every Day by Signing Up for 1day Gift’s Newsletter.You May Unsubscribe From the Newsletters at Any Time.